Use the coupon code STWD30 for 30% OFF* Storewide. Hurry, Sale Ends Tomorrow! 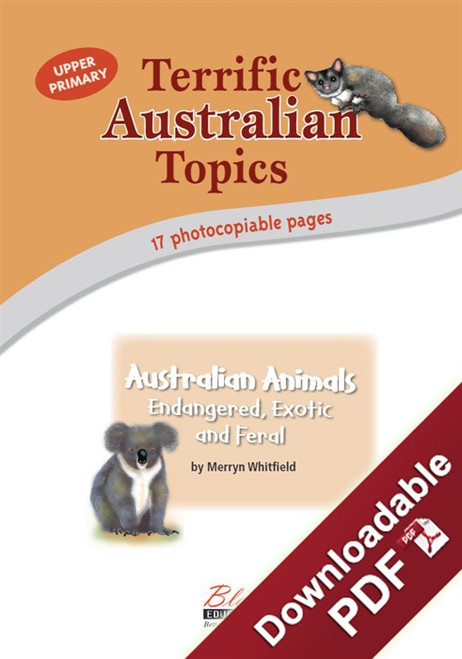 Due to the early separation of the ancient continent of Gondwana from the rest of the world, many species of our native animals have developed quite differently from those in other parts of the world. Unfortunately, these unique creatures are under threat, with many of them already extinct and even more critically endangered.
This unit takes a close look at Australia's endangered animals and the role played by introduced species in general, as well as those which have become feral. Students are encouraged to develop their research skills and to undertake investigations into issues affecting endangered animals, how introduced species are controlled and the role quarantine plays.

Students will learn about: